It’s easy to overlook the gums. When you brush your teeth, your concern is to remove the food that got stuck in between the teeth and to make sure that you have fresh breath. While these intentions are good, they do not encompass your overall dental health. Neglecting your gums can lead to serious infection leading to periodontal disease.

Why You Should Take Care of Your Gums

Most people neglect their gums. Because you don’t often see the gums, you might think that it doesn’t need as much cleaning as compared to your teeth. This should not be the proper mindset when it comes to oral health.

The gums are responsible for two primary things – to hold your teeth in place and to protect from bacteria. Without your gums, your teeth will be wobbly even if they are deeply rooted in your jaw. The gums make sure that your teeth do not move and that they are properly aligned. Your gums also provides an additional barrier for bacteria.

When your gums are infected, they become unable to fulfill their primary functions. This means that your teeth can be loose and easily removed. If you want to keep your pearly whites, then gum health should be part of your daily oral routine. To add to that, if your gums are already filled with bacteria, there is no stopping the latter from harming your other body parts.

To be able to understand how serious periodontal disease is, you have to first understand what plaque does to your mouth.

Plaque is a sticky film that is produced by bacteria whenever they are not get cleaned from your mouth. Because plaque is sticky, it stays on the teeth making it harder to be removed by normal brushing. The bacteria found in the plaque is responsible for producing acids that destroy the tooth enamel. Without the enamel, your teeth become vulnerable to discoloration and breakage.

The more plaque your teeth have, the more bacteria are present. Apart from destroying your teeth, bacteria can also attack your gums, making them vulnerable to all kinds of disease. One such disease called gingivitis is a product of plaque build-up.

Gingivitis is a gum infection. You will know that you have gingivitis when your gums easily bleed. This symptom is common among adults. Although it may seem normal, bleeding gums should not be taken lightly. When this is untreated, gingivitis will progress to periodontitis which is the inflammation of your ligaments and tissues.

The Effects of Gum Disease

Aside from the oral effects of gum disease, bacteria build-up in the mouth can lead to a huge vulnerability in a person’s overall health. Here are a few diseases linked to gum disease.

Those who have diabetes are likely to easily get an infection. Likewise, those with poorly maintained diabetes have an even greater risk of gum disease. If you have diabetes or have a family history of the condition, you have to be more careful with your oral health.

Heart disease is a serious condition where most adults are at risk of. Studies have shown that a person suffering from gum disease has increased chances of having heart attacks. This is because the bacteria that inflame gums can lead to narrowing the arteries. When arteries are narrow or blocked, oxygen supply to the body can be a struggle.

Dementia is can be a chronic or persistent disorder wherein a person experiences memory disorders or personality changes. This is often caused by a brain disease or an injury that affected several mental processes.

When a person has gum disease, research shows that they have a higher chance of getting dementia in their older years. If not dementia, those with gum disease can also be at risk of memory problems and impaired brain function.

With these health conditions linked to gum disease, dentists are encouraging people to take good care of their gums. While it is not too late, you can reverse gum disease naturally by brushing and flossing regularly. A mouthwash can also help in killing bacteria that are left in your gums or teeth. If you are worried about your gum’s condition, be sure to see a dentist immediately. 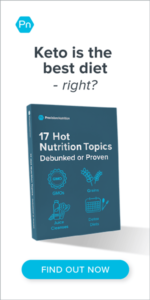 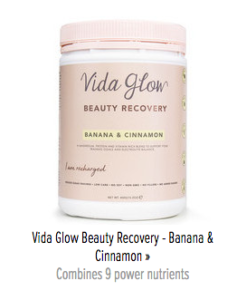